A long, hot road leads between crimson dunes from Upington to Africa’s first transfrontier park, a park based on the principle of nature and ecosystems not national borders, and therefore creates a network of protected areas with linked eco-systems. 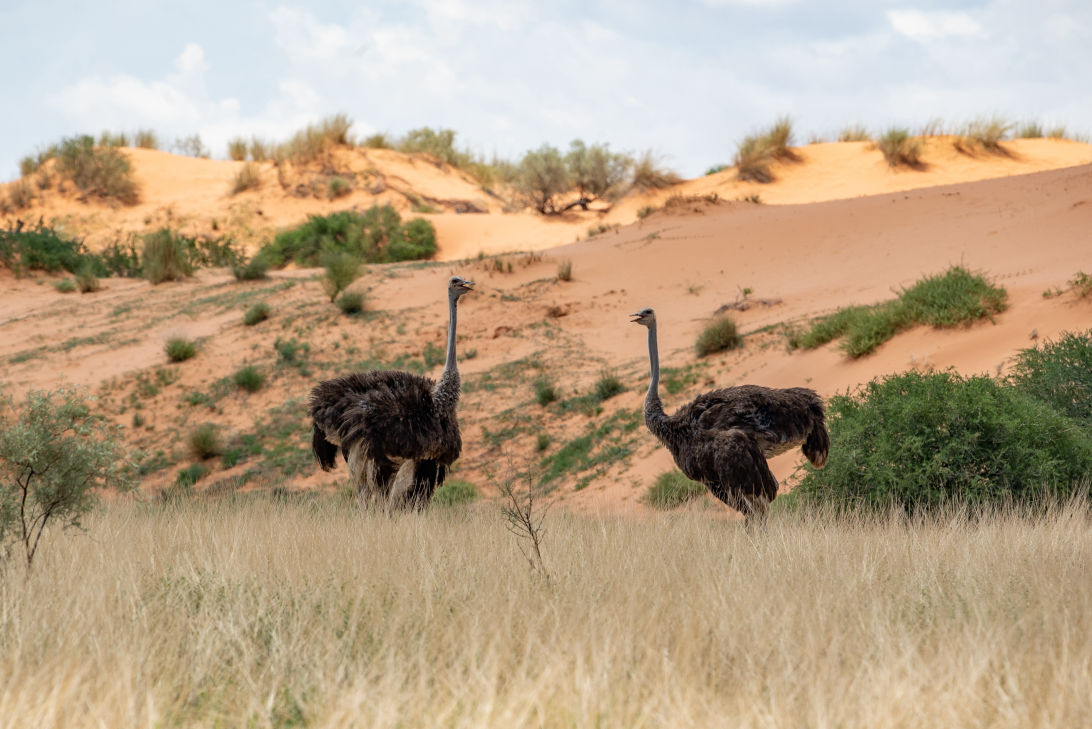 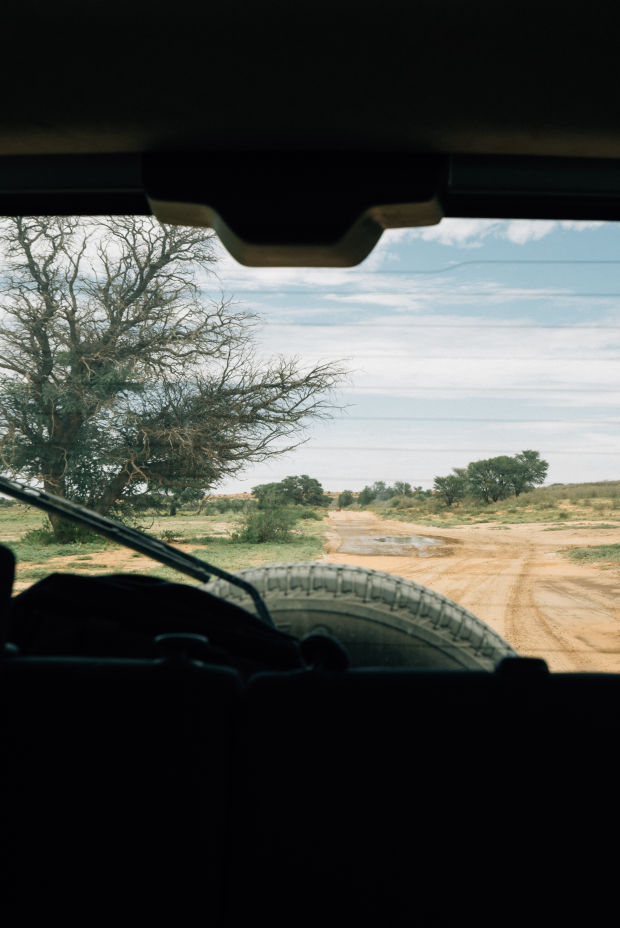 When visiting this area I think it is very important to have some information of the history of the area, which is home to the San people who were the first people of this area of Southern Africa. For this information I consulted the Khomani San website, you can find more information here.

"Approximately 2 000 years ago the sheep and cattle herding Khoekhoe peoples migrated south from Namibia and Botswana, pushing San people away from the coast and river areas. About 800 years ago, a major migration of Bantu-speaking peoples entered eastern South Africa (Huffman, 2006); it would seem that early relations between hunter-gatherers and the agro-pastoralist peoples were often positive and involved a degree of intermarriage with the retention of the independence of San languages and culture. This changed with the arrival of European explorers and settlers in the 16th and 17th centuries, after which land was gradually carved up into freehold farms, displacing the indigenous people onto smaller tracts of communal land, particularly in Namibia, South Africa and Zimbabwe. The expansion of European colonisation caused great strain on land resources; San hunter-gatherers were victimised by the European settlers as were Khoe and Bantu-language groups. Over this period, disease and other genocidal activities decimated most San clans in South Africa and Namibia, with the last permit to hunt a Bushman being issued by the pre-apartheid state in 1927 (Gall, 2001).

In 1995, the ‡Khomani San community lodged a claim for the restitution of 400 000 hectares of land in the Kalahari Gemsbok Park. In this agreement the ‡Khomani San community was also granted preferential tourism rights over 80 000 hectares south of the Auob River inside the Park, and the right to use 473 830 hectares of land between the Auob and Nossob Rivers for symbolic and cultural purposes. Through the involvement of various parties there have been many successes in the last few years that are cause for optimism. The community is also now starting to stand together to take control of the situation and with external assistance has and will continue to develop its assets for the good of the community, this primarily entails the development of tourism facilities where visitors may experience the unique attributes of this arid region and its people." 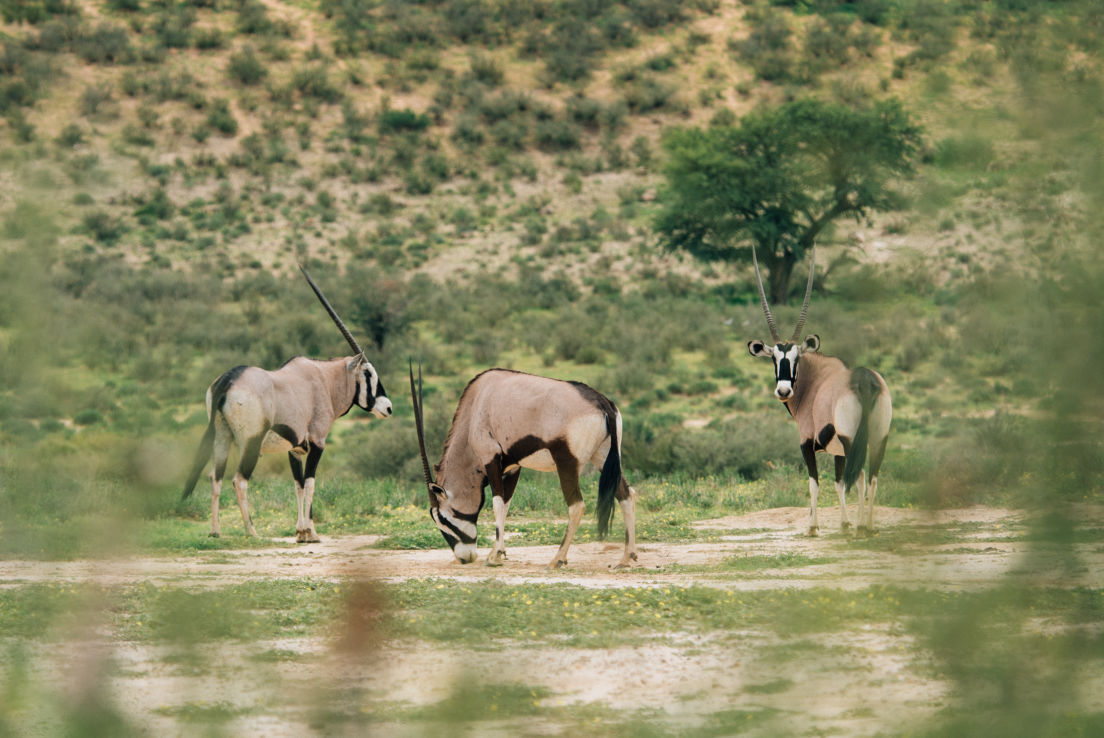 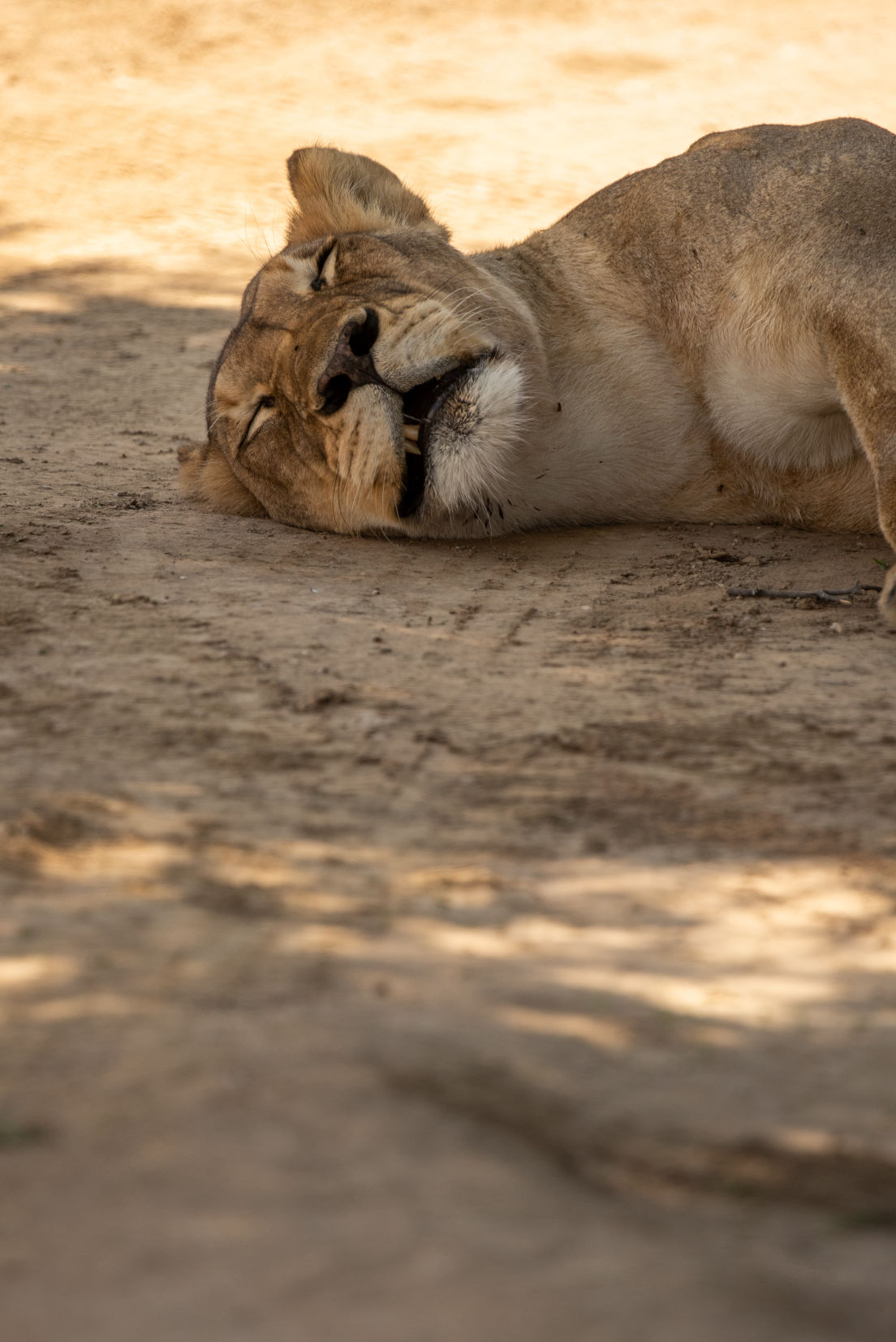 The Kgalagadi is famous for its black maned lions and of course the cheetah who love the big open plains of the Kalahari desert. The summer heat can be a tiny bit exhausting, but it keeps the lions still, as they only lift their heads a couple of times a day to look at you and then fall back down to snooze. Mainly the animals are concentrated on the Nossob River Road  which leads to Nossob Camp.

I was very happy to see so many Oryx, with their beautiful black and white markings. Oryxes are usually nomadic, moving to fresh vegetation growth following rain. They can survive in the harsh semi desert conditions and dry savannah areas because of their rapid breathing which cools the blood that travels through their noses. They are mainly grazers but also enjoy eating seed pods and fruits such as the tsamma melon.

Another animal which if you are lucky you might see is the aardwolf. Unfortunately we only saw one which was killed on the road driving back home, so drive carefully! Aardwolves love termites, so they are widely distributed and where they are is really just to do with where termites are. They live in places with high and low rainfall, however they do like open habitats not forested areas. Studies have shown that in a single night they can eat up to 300,000 termites ( I have no idea, how people can record this). 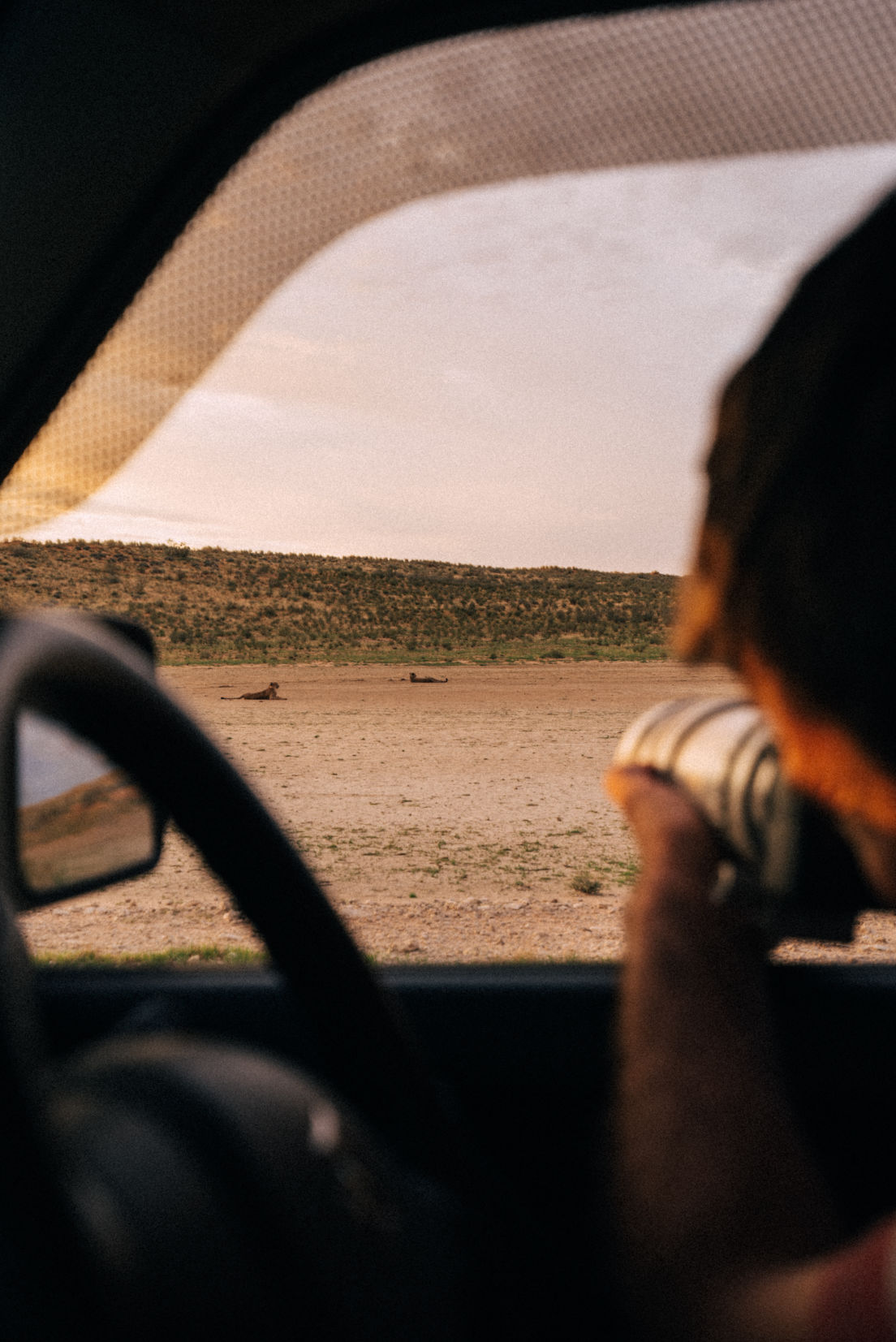 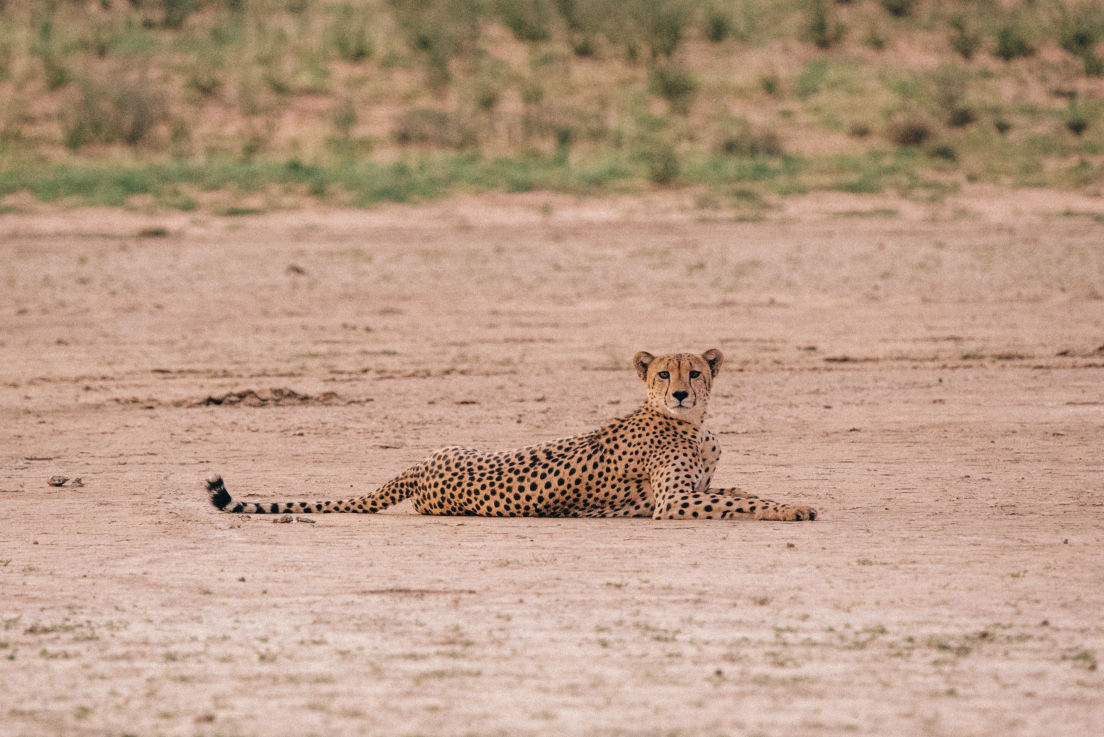 Kgalagadi is also home to lots of amazing plants such as the morama bean, kalahari fever bush and the tsamma melon. The morama bean is a significant food-source for the people of the Kalahari because it is high in protein and oil content. The seeds are usually roasted, imbuing them with more flavour - comparable to cashew or chestnut. The seeds can also be ground, boiled or made into milk. The beans also keep very well, due to their hard outer shell.

The kalahari fever bush is used by the San to treat coughs, sore throats and febrile convulsions in children. In the story of "the shadow of the black shouldered kite." if the shadow of the black shouldered kite falls on a baby, their arms will swing wildly like a bird and they will get the tell-tale signs of feathers forming. In African mythology fever is often associated with birds (human temperature is 37.4 degrees and birds is usually between 39 and 41 degrees). So a bird will always feel warm if you touch it, as if it has a fever. So the Kalahari fever bush will indeed stop the arm movements (febrile convulsions) by reducing fever and the topical use will prevent "signs of feathers forming", probably referring to the goosebumps you get when you have a fever.

Another very useful plant for humans is the tsamma melon. It is the most important water source in the Kalahari during the nine dry months of the year when no surface water is available. It is said that early travellers would not cross the Kalahari except for during the fruiting time of the tsamma. Some people say that a person can survive for six weeks on an exclusive diet of tsamma.

Side note, I am definitely definitely not an expert on this, so please don't poison yourself after you've read this. This is just info I have read on the internet and some books such as, People's Plants by Ben-Erik van Wyk anf Nigel Gericke.

Accomodation wise we booked 4 nights at Molopo Kalahari Lodge which is about 50km from the gate, quite last minute and we didn't manage to book anywhere inside the park, as the park is very popular so try and plan ahead as much as you can.

Camping at Molopo is R150 per person per night. 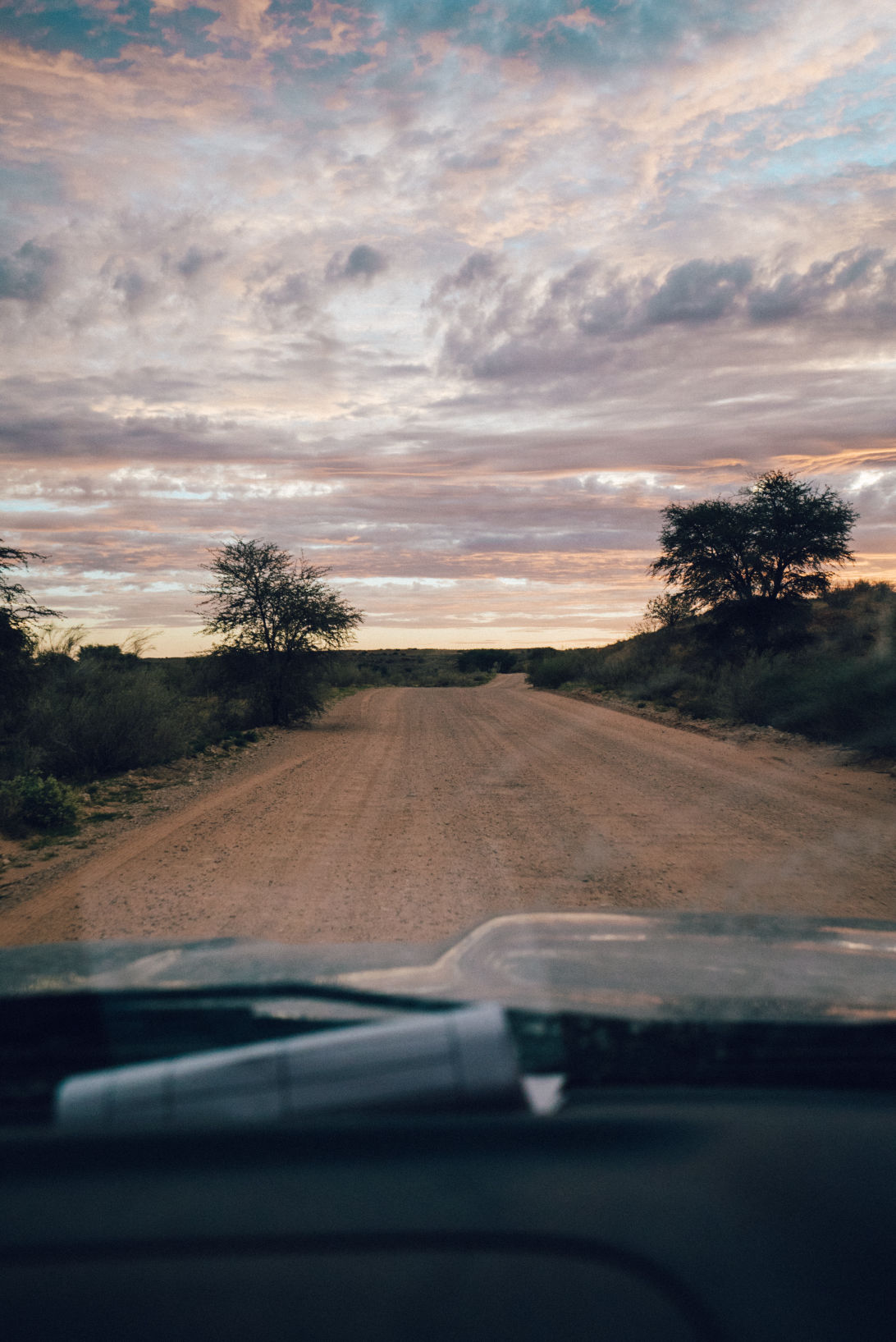 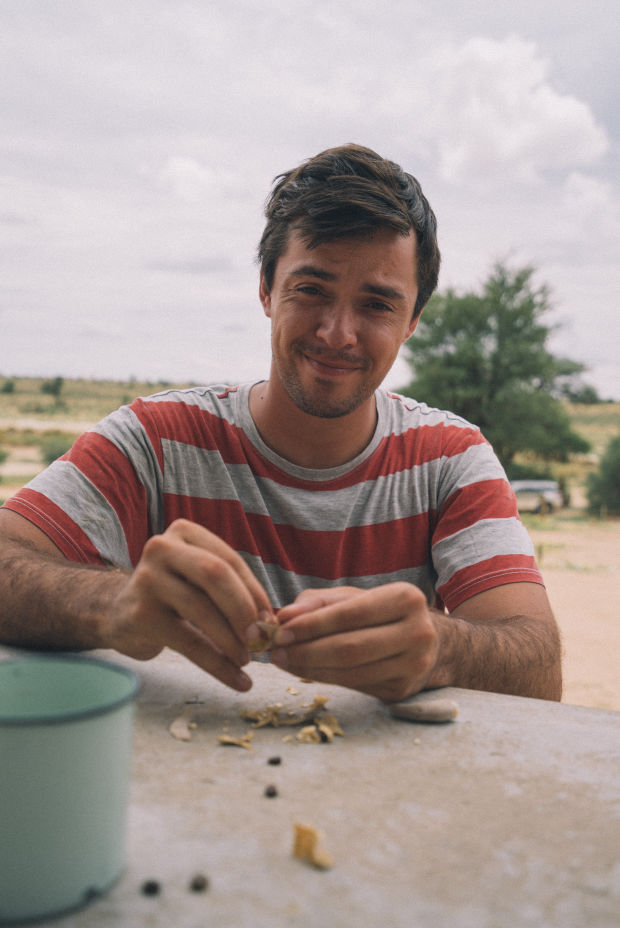 Some other things to remember

Some other things you might find useful if you are lucky enough to visit the Kgalagadi. Firstly it is very hot, however we did go in January which is in the middle of summer so it might have been the hottest time of the year. Kgalagadi means "Land of the thirst" so remember to carry lots of water around with you, because there aren't many places you can find it in the park. The water from the taps does taste a bit unique, so I would also bear that in mind. It's also a good idea to bring all your food with you, as it is pretty expensive inside the park. The mosquitos were also very hectic when we visited, for example we were lucky enough to get upgraded to a room so we didn't have to camp, but in the middle of the night we put the tent up anyway and slept in there to escape all the mosquitos.